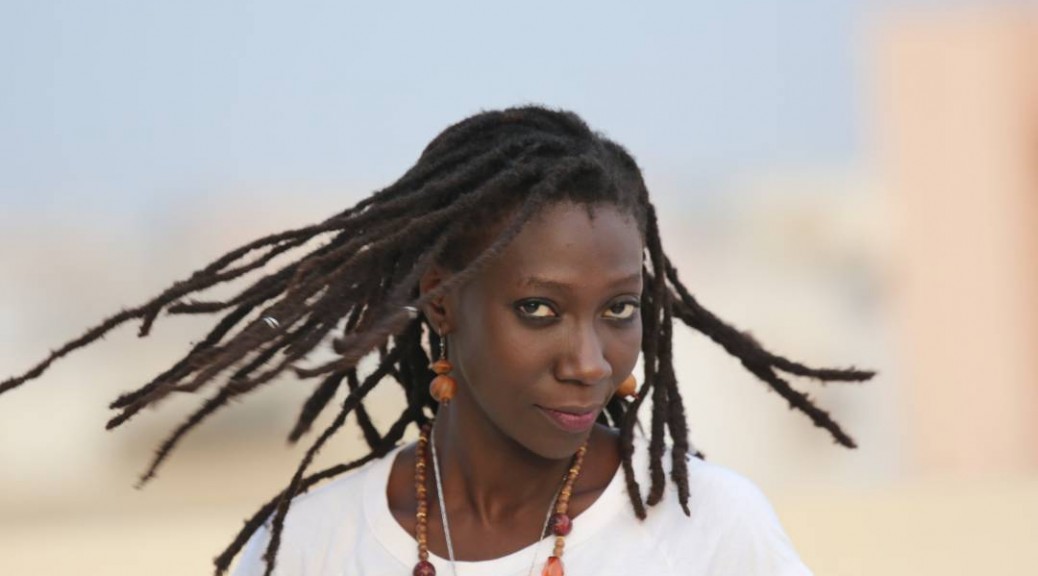 Mariama, Senegale singer and songwriter, was born in 1986 in Dakar/Senegal. As a member of a famous griot family Mariama already starts singing at the age of five, singing traditional melodies of the Mandingue tribe from the south of Senegal. From early childhood it becomes apparent that she is extraordinarily talented, being able to compete with the big shots. For her family it’s no problem when she decides to become a singer: music is part of her family life. Her grandfather Sekou Kouyate was one of the most famous Cora Players of Afrika and a famous singer just like his brother Soundioulou Cissokho. Her grandmother was a widely appreciated singer in Senegal. Mariama accompanies her mother FENDA KOUYATE from an early age on weddings, christenings etc. In 2008 she is nominated as best singer in the competition Wappy. Internationally Mariama is recognized as an artist performing alongside different famous musicians. With her first successful single “SARAGNIMA” she starts her own career as a singer. Her second single, “CHERIE”, confirms her talent as being one of the most beautiful voices of Africa. In 2010 she founds her own band “NGA NENE”.